Fluxland will embark on the journey from its shipyard docking in Holland, arriving in London in June 2016. As it travels, Fluxland will reflect the images of passing political, economic, and artistic landmarks: Tate Modern, Southbank Centre, the Palace of Westminster and the buildings in the City of London.

The performative act of entering the city, reflecting the buildings across its mirrored surfaces as it passes through London, sets the stage for Fluxland’s series of performances to take place in September along the River Thames.

The mirrored surfaces of the work have been chosen to encourage viewers to self-reflect, as Cyril de Commarque explains: “There are two ways to experience progress and politics: being an active participant or a victim. In this work I want to encourage viewers to accept that we are responsible for the consequences of our daily actions: we cannot have future generation pay for the privilege of our current comforts. Human beings possess an incredible capacity to reinvent themselves. By creating a butterfly effect we can spark ideas that can bring about an acceleration of progress, tapping into a new renaissance.” 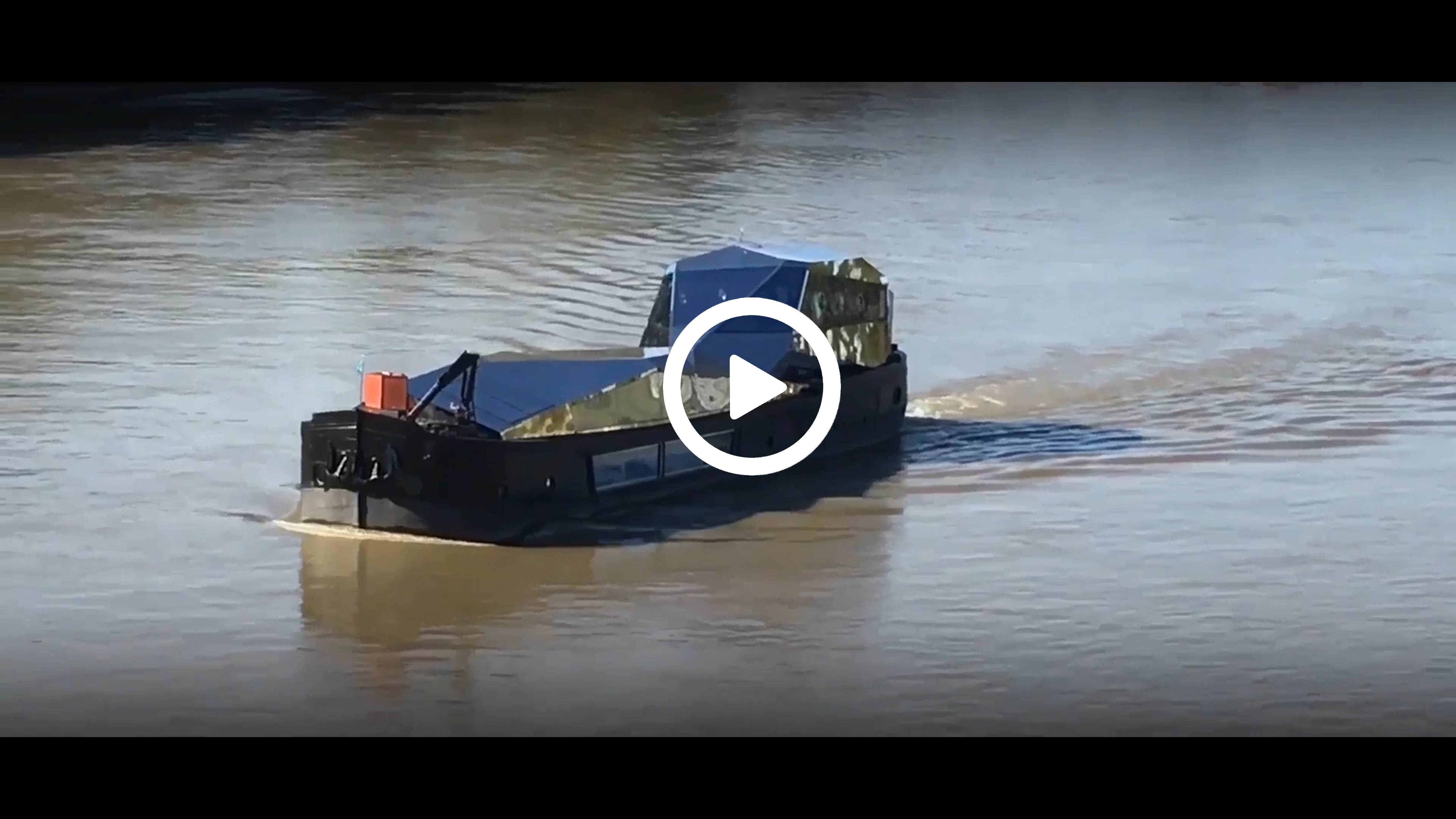